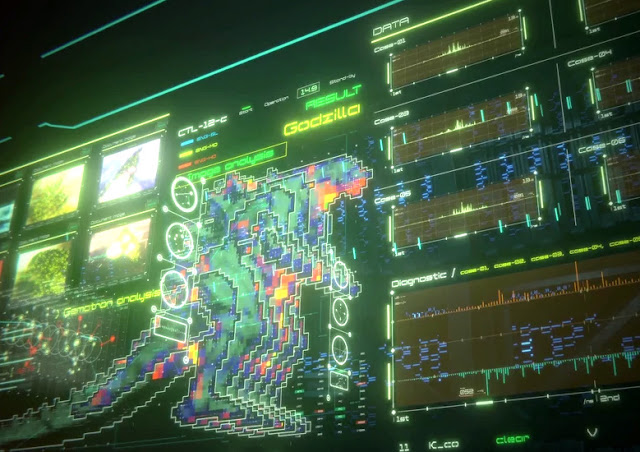 The upcoming Godzilla: Monster Planet anime movie coming to Netflix features the largest King of the Monsters ever. At almost 1000 feet tall, it crushes the others!

Artist Noger Chen posted the picture below, comparing the height of Godzilla in all of the previous Godzilla films. 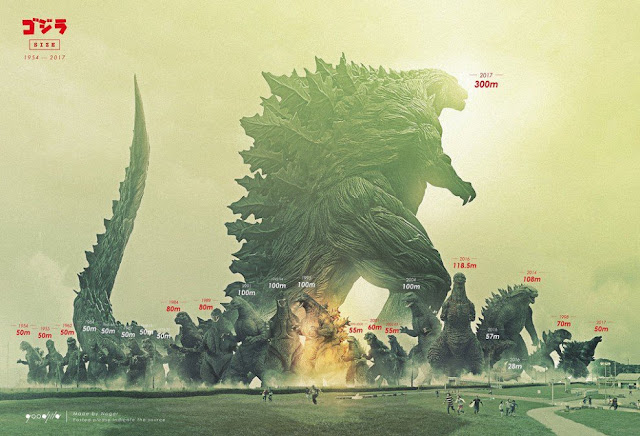 Godzilla Planet of the Monsters.


The Godzilla anime trilogy is now on its second film, and thanks to the series' official website, we just learned that there's a new name for the "super gigantic" version of Godzilla that we met in the first film, Godzilla: Planet of the Monsters. The official name is "Godzilla Earth," and we'll see Godzilla's take on Mechagodzilla in the second installment, Godzilla: The City Mechanized for the Final Battle ("Godzilla: Kessen Kidō Zōshoku Toshi"). 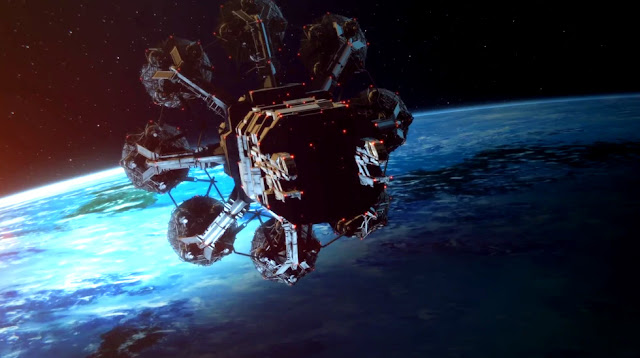 Godzilla: Planet of the Monsters opened in Japan last month and the film is slated to start streaming on Netflix soon. I can't wait, this looks really cool. I am a huge anime fan anyway, but with Godzilla... Get out! If you can't wait for the release, check out this anime Blame on Netflix. It's dark and trippy, but awesome.

The planet is beset by the emergence of colossal creatures that roam the earth, and king among them is “Godzilla”. For a half a century, these beasts engage in ferocious battle with each other and mankind. But humans, unable to compete, prepare for exile from their home planet. In the year 2048, a select few humans are chosen by the central government's artificial intelligence infrastructure to set out on an interstellar emigration vessel, the Aratrum, on an 11.9-lightyear journey for the planet Tau-e in the Cetus constellation. But when they arrive after 20 years of space travel, the remnants of mankind find the environmental conditions on Tau-e to be much different than expected, and basically uninhabitable by humans. 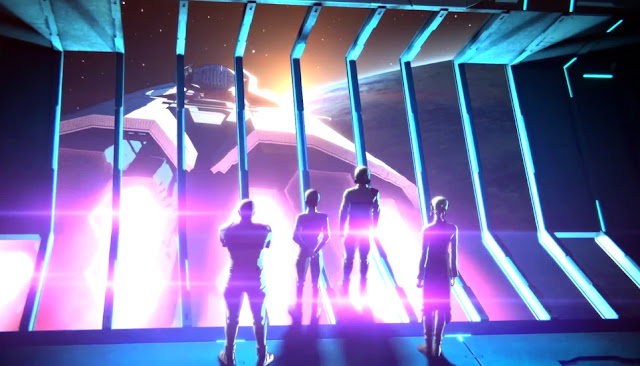 One youth on board the emigration vessel, Haruo, had seen his parents killed by Godzilla before his eyes when he was only 4 years old. Ever since, he has thought of nothing but returning to Earth to defeat Godzilla. With the doors to emigration now closed, Haruo and other crew spearhead a “return to Earth” decision despite severely attenuated and hazardous conditions on board for such a long trip back. 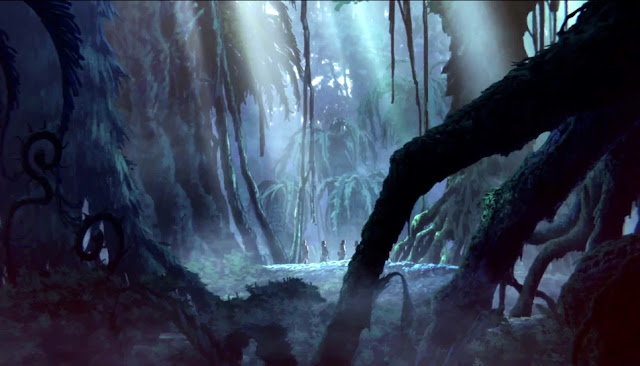 Somehow, the Aratrum makes the return journey in one piece, but the home they return to has become an alien planet. 20,000 years have elapsed, and a new ecosystem has emerged with Godzilla atop the food chain. Can mankind take back its native planet? Will Haruo get his revenge? 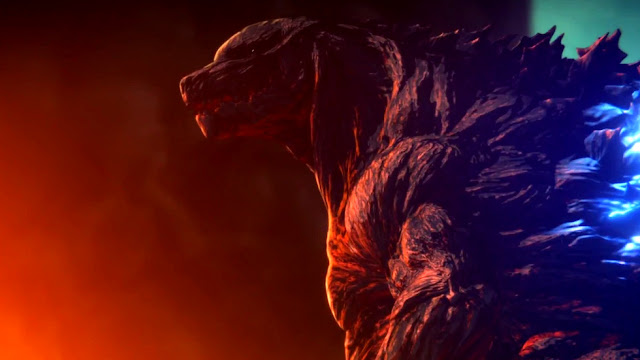 Godzilla: The City Mechanized for the Final Battle will open in Japan in May, 2018.