Check out this trailer for a stop motion film called Junk Head. 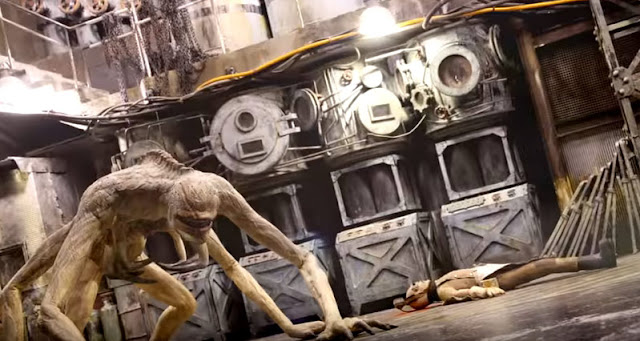 In the distant future, humanity is hurtling down a path of ruin. Global environmental destruction caused by chemical contamination, radioactive fallout, and UV rays coming through the patchy ozone layer has lead to deterioration of the human genome. In an attempt at escape, humans expanded their sphere of daily existence underground, but they were decimated by an ancient virus that had been sealed there. However, by developing gene recombination technology using the virus’s genes, mankind was able to attain a lifespan that could be called “immortal.”


The human body became inorganic at the molecular level. No breathing or blood circulation was necessary; as long as a faint electric stimulation was present, even existence as a disembodied head was possible. (It was popular to change one’s body as fashion, and bodies that were no longer needed were fitted with AI heads and sold as laborers.)


However, mankind’s new atomic structure was unstable, so once every 10 years it had to be reconstructed. As long as that reset was accomplished, humans could expect “eternal” life, but in exchange, they lost the ability to reproduce. In order to maintain their dwindling workforce, they started to create new beings patterned after humans using cloning technology, but the clones rebelled.

At the end of a long war, a ceasefire was reached that has now lasted 1,200 years, with the two sides living separately_the humans on the surface and the clones below ground. (However, at the border there are incessant skirmishes, and this story’s protagonist is unable to evade one of these attacks.) MORE...